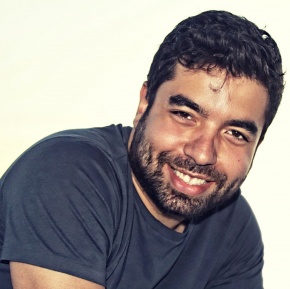 Volkan Çağsal is one of the co-founders of Adphorus & PUBLIK.PUBLIK is a digital agency founded in 2011 and focuses on social media advertising, works with some of the biggest advertisers in Turkey managing their Facebook Ads, and also is the exclusive partner of Linkedin and Foursquare in Turkey.

PUBLIK launched its Facebook Ad Optimization & Social CRM technology called Adphorus, transforming into a technology company that focuses on EMEA region, becoming the first SaaS in this category from Turkey.

Volkan Çağsal worked as a web developer for a long time, founding his first startup at the age of 20 and became a part of many others the following years. He started working at Myspace Turkey at 2008 working on the launch in Turkey, and then became the digital head of the group company Fox International Channels; managing Myspace and all the digital assets of FIC TV channels. Leaving FIC, he founded PUBLIK with his co-founders Selçuk Büyükbayrak and Nil Aldemir.

He graduated in Computer Science from Istanbul University, and then did his MBA at Galatasaray University. He still continues to his PhD in Communications at Bilgi University.