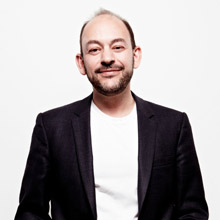 Sina is an Entrepreneur and Co-Founder the first and leading Flash Sales Site of Turkey, which became the first Turkish internet company expanding beyond the borders of Turkey: Australia, Ukraine, Greece and Poland between 2009 and 2011.

Prior to his entrepreneur's career, Sina spent more than 5 years with eBay and 12 years with KPMG. Sina received a "Diplom Kaufmann" from Münster University and speaks five languages. He shares his thoughts on eCommerce in his personal blog www.sinaafra.com and on twitter @SinaAfra.