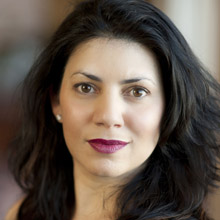 Nikki Mendonca is the EMEA President of OMD Group, the largest and most awarded marketing communications company in the world. She presides over 4,300 employees, across 60+ offices in 56 markets and oversees over $17.1 billion in marketing investment from leading world class companies like McDonald's, PepsiCo, Estee Lauder and The Walt Disney Company.

Under her leadership, OMD has won several Agency of the Year accolades including coming top of the Gunn Report for Media eight years in a row, which measures marketing innovation and most recently being named Media Agency Network of the Year 2013 by Adweek and Most Effective Global Network by the Effies Index 2013.

Prior to joining OMD EMEA in 2002, Nikki ran the Strategic Marketing Division at Capital Radio Plc, responsible for the commercial research and marketing of all 19 radio stations owned by the group, helping to drive an annual turnover of $190m. Previous to that she worked at Leo Burnett UK running the $150m+ media divisions of Procter and Gamble, Kellogg's and Grand Met and at CIA Media Network trading TV airtime for Kraft and Wrigley’s.

She is a fierce champion of a mobile first approach to marketing communications and sits on the Advisory Boards of Adweek Europe and Webit Congress.