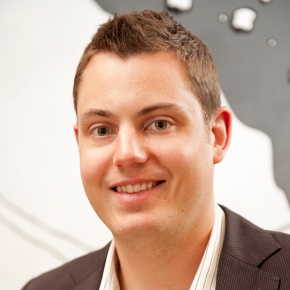 Don Turner is a Senior Application Developer Consultant for BlackBerry. He helps developers create innovative, elegant apps on the BlackBerry 10 platform.
Despite his youthful appearance Don has been programming for 18 years, predominantly in Java and C++. He has a passion for mobile technology and has created apps which have been downloaded over a million times across all the major mobile platforms. He studied at the University of Nottingham and has an honours degree in Computer Science.

Prior to joining BlackBerry, Don co-founded Spinning Clock, an award winning Marketing and Communications agency based in the UK. As Managing Director Don grew the company from bedroom start-up to employing 20 staff and generating annual revenues of £1.7m.

Don is a lively, passionate speaker and you'll find him at events all over Europe. He has a particular love for coding live on stage and the unexpected (and frequently humorous) results that follow.